Pirate Night with the Jacksonville Suns 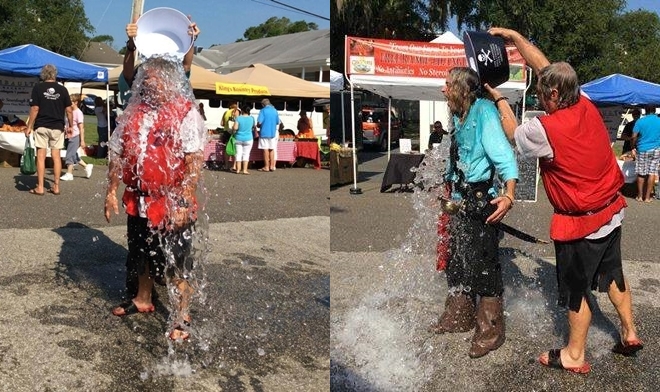 2014 Article About Our Pirate’s Club

Fernandina Pirates Club, It’s a pirate’s life for them 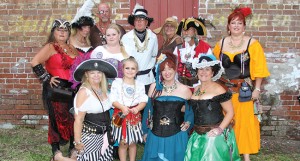 A pirate flag once flew over Amelia Island, the “Green Cross of Florida,” hoisted by Scottish bandit Gregor McGregor in 1817. And pirate lore and legend – embodied by 68 pirates and 12 swabbie apprentices of the Fernandina Pirates Club – lives on.

Members of this raucous crew dress up in colorful costumes for many events year round, and say they feel a real connection to the pirates who once roamed the island. Founded in 1973, the club has an energetic and active presence throughout all of Nassau County and beyond, and welcomes new members. They strive to keep pirate lore alive because it’s part of the area’s history. Members also learn about the colorful past of pirating and privateering, so they can spin their own tales and become part of the legend.

Fernandina was an important city in the colonial era, due to its prize deep water port. A succession of different nations, including France, Spain and Great Britain fought to control it. For the same reason, it was also captured and recaptured by a succession of renegades and privateers. 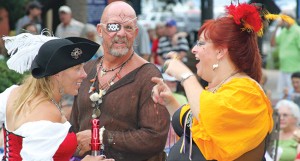 Yet being a Fernandina Pirate is not just about portraying salty old seadogs, club president Lawrence Mackie says. They promote the annual Isle of Eight Flags Shrimp Festival, and serve as goodwill ambassadors for Amelia Island and Nassau County.

Many have day jobs, and include lawyers, teachers, nurses, business owners, engineers, and web designers.

But “once you put on a pirate uniform, you feel like you are really a pirate,” Lawrence’s wife Judie Mackie says. “Your language even changes.” They’re encouraged to use pirate words, including Arrrrrh!

The club was initially only for men, then women were permitted to join in the mid 1980s. Fillimena Bourassa, whose pirate name is Mina the Minx, fancies the community service. “I love to aid and serve the community,” she says. And when she puts on her pirate gear, she becomes a flirty pirate with an engaging smile and twinkling eyes. A board member, she has been a member for seven years.

Charles Lehman, aka “Captain Kaz,” recently graduated from swabbie to pirate. Swabbies must attend several events, learn how to load and shoot black powder weapons, and learn the strict safety rules before graduating. All members are required to take gun safety courses to participate. “I wanted to join when I first moved here, and saw their service to the community,” Lehman says. 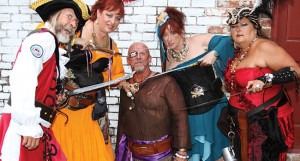 It takes a certain personality type to want to be a pirate, Judie Mackie says. Maybe a little crazy. But “people in Fernandina are used to us.”

“If we are dressed for a function, and stop at the grocery or drug store,” Lawrence Mackie says, “nobody looks twice.” 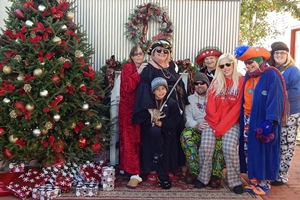 Pirate and Swabbies of the Fernandina Pirates Club woke up earlier than usual on Black Friday to participate in the Pajama Party on Centre Street in historic, Fernandina Beach. This annual tradition find pirates still sporting their night clothes as they plunder the local sales taking advantage of generous refreshments and lots of bargains!

Local celebrity Pajama Dave, and Fernandina Beach’s downtown business association board members were also captured in time as they were hard at work making this a spectacular event! 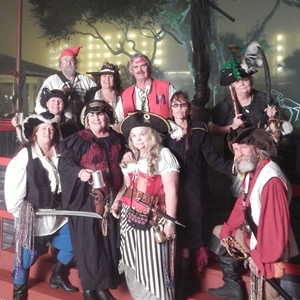 A Pirates-4-Hire event found Pirates traveling through thick fog to invade a conference of neurosurgeons held and the Omni Amelia Island Plantation resort on November 6, 2014. While the event was damp, the hearts of attendees were warm and welcoming as the Pirates fired their weapons and stormed the unsuspecting crowds with swords drawn… all in the name of “fun”, of course.

As the fog thickened during the evening’s dinner, it provided a unique opportunity for the Lady Judith to “snap” a few old fashioned photographs of the gnarly group. 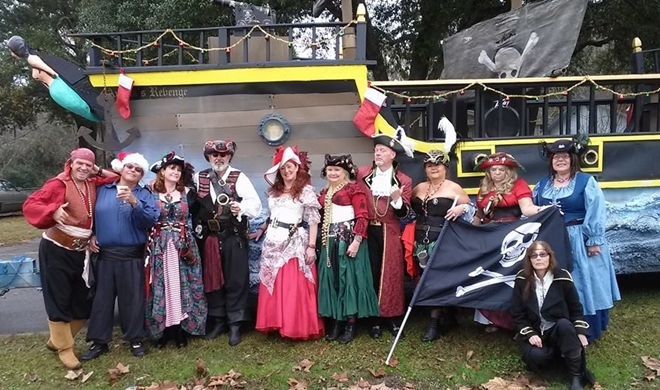 The Fernandina Pirates once again delighted children of all ages in the Callahan, Florida, Christmas Parade held on December 7, 2014… a very foggy Saturday morning.

The pictures were submitted by Pirate members “Dimps” and “Siren Song”; thank you, Ladies.
[Show slideshow]